I’ll say this upfront: I’m particular about my music collection. Back in high school, I would rip music into iTunes from every CD I could get my hands on and then spend hours making sure all of the metadata was correct and finding the highest quality album artwork to drop in. Now that all my music comes from a streaming service, triple-checking metadata is a thing of the past. But I’ve only found new ways to obsess about curating the perfect library.

Should I only add items that I’ve marked as “loved” and then discovered again?1 Should I add the full album or only the songs that I’ve enjoyed?2 Do holiday albums belong in the library, or a separate playlist so that they don’t pop up throughout the rest of the year?3 What about soundtracks and “chill out” music that I use to focus or relax?4

It may sound tedious — and it is — but it’s fun to go through everything from time to time and rediscover old favorites.

However, one of my biggest pet peeves about collecting music is when I have duplicates of songs hiding within the masses. Why? Because I’ve come to appreciate the data-driven playlists and insights that can come from a well-manicured collection. If I have duplicates, then play counts are split, album counts are inaccurate, and there’s too much album artwork to associate with a given track — in other words, it’s all just wrong.

This particular preference is at odds with the way many artists release their albums with a few hit singles to drum up excitement and then a full album, which includes those same singles, a little later. Since I don’t want to miss out on the new hotness, I’ll add the singles and then have to remember to carefully scour the full album track list to remove the singles’ albums that are represented there. I’ve gone so far as to sequester singles out of my library and into a specific playlist. But there’s a better way! 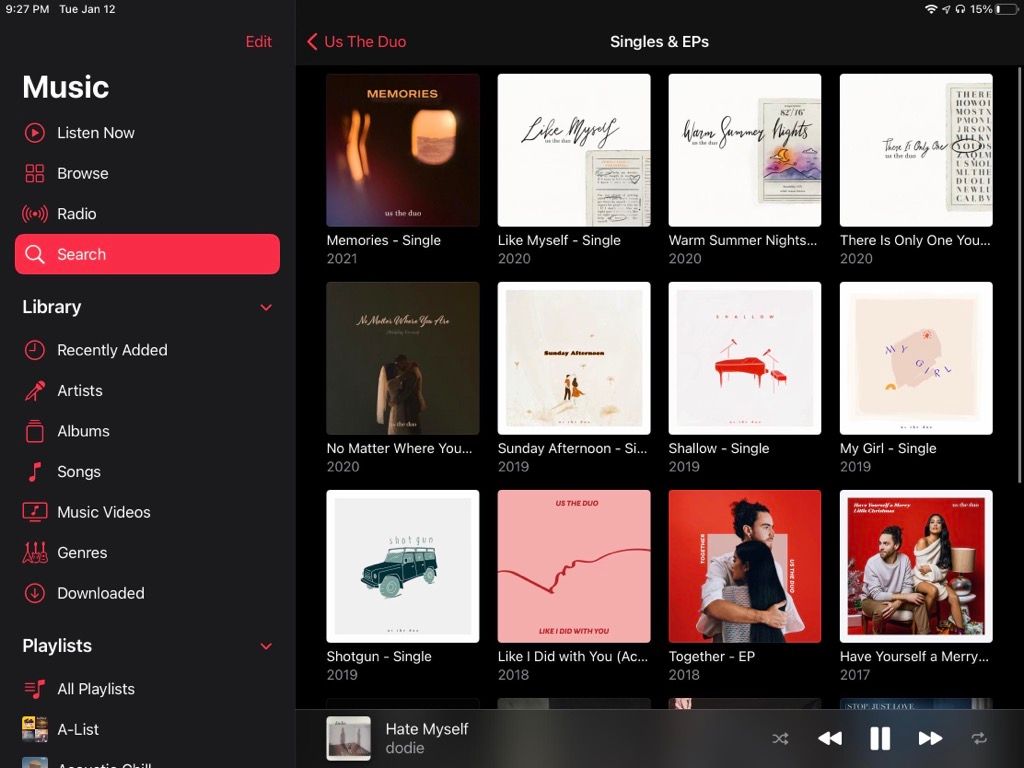 I love Us the Duo, but their situation with singles is becoming untenable.

This glass of ice water in the hell of music management is a feature born of streaming services: the “Upcoming Album”. Evidently, an artist can choose to release an album to the public without the full track list, and then release single tracks over time but which live in the upcoming album, not in their own album. When the full album is ready, the rest of the tracks join the singles as a cohesive whole.

This approach has several advantages. First, it keeps me sane. Second, anyone can add the pre-release album to their library ahead of time so that they automatically get the new music (and notifications) as it’s available. I’m sure that’s good for first-week stream counts. Third, from personal experience, I can say that I’m far more excited by a tantalizingly grayed-out track list with a release date than from a mess of singles in my library. 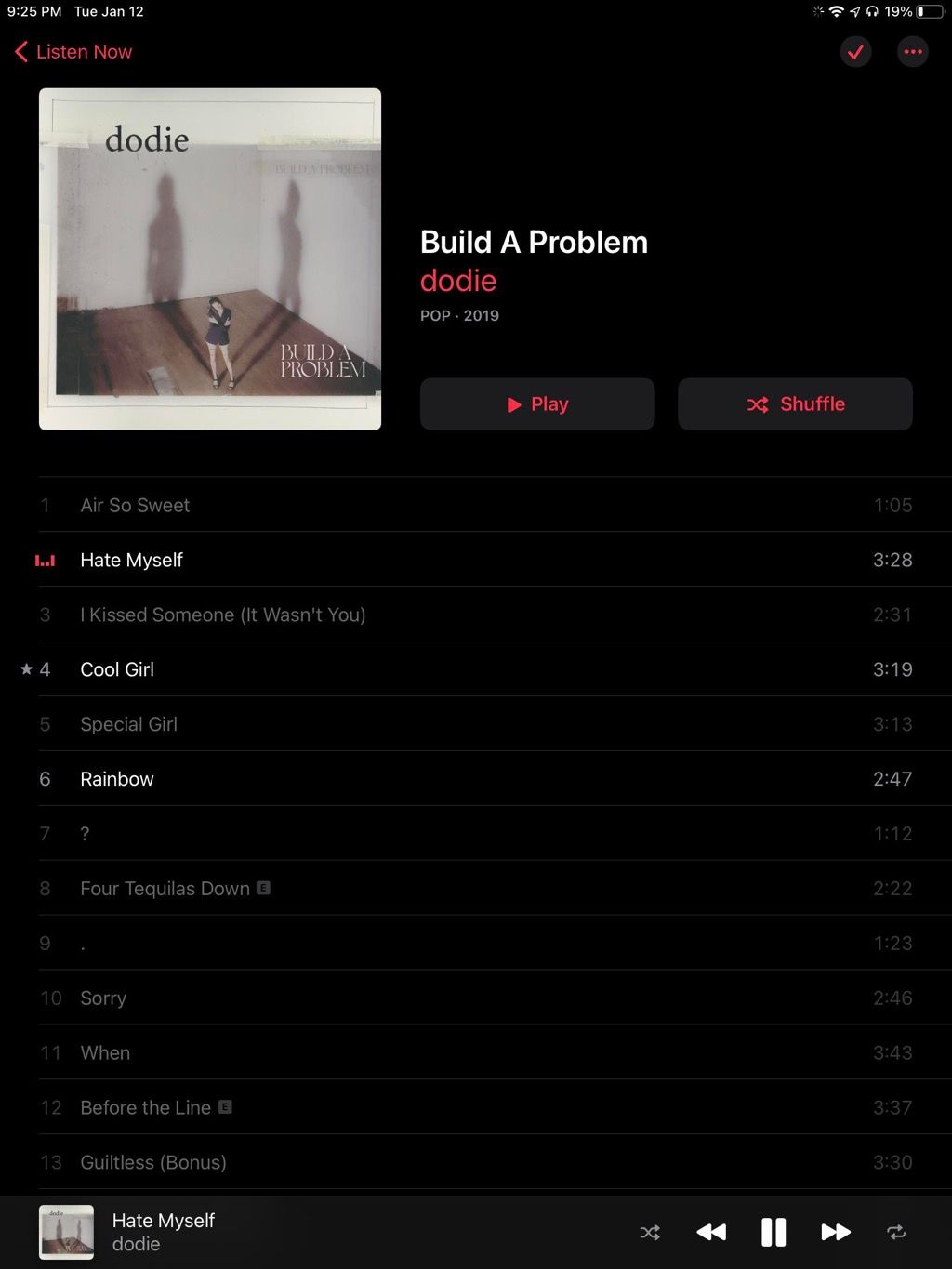 I’ve been anticipating this new dodie album for months. There were a few new tracks out this week, and I’ve been listening to them all day.

I hope more artists take advantage of this option for releasing tracks from their new album over time. There’s certainly a place for singles that don’t make sense in an album — covers, for example — but an Upcoming Album takes advantage of streaming as a medium in a helpful way.