I’ve got to get something off my chest. It’s an inconsequential annoyance, but it bothers me nonetheless.

Why do so many apps show an age in the App Store that is far beyond their version history?

While not a given, I often use an app’s age in my purchasing decision tree to determine if I think the app will be (1) kept usable and up-to-date for the long term and (2) if the developer has some experience to back up their app. So if I see an app that is 10 years old, I have different expectations than if it’s less than a year old.

Lately, however, when I double-check by looking at the version history, the two don’t line up. It’s particularly noticeable when I read about a new app’s debut, only to notice an unexpected age on its page in the App Store.

Take Breathable, for example. By all accounts, it’s a stupendous app for providing high-quality widgets that display your local air quality index. I read about its introduction on Daring Fireball. Low and behold, it’s listed as 4+ years old on its App Store page:

But wait, wasn’t it just introduced as a 1.0? Maybe it had a really long “beta” period with some 0.x releases. Let’s check the version history: 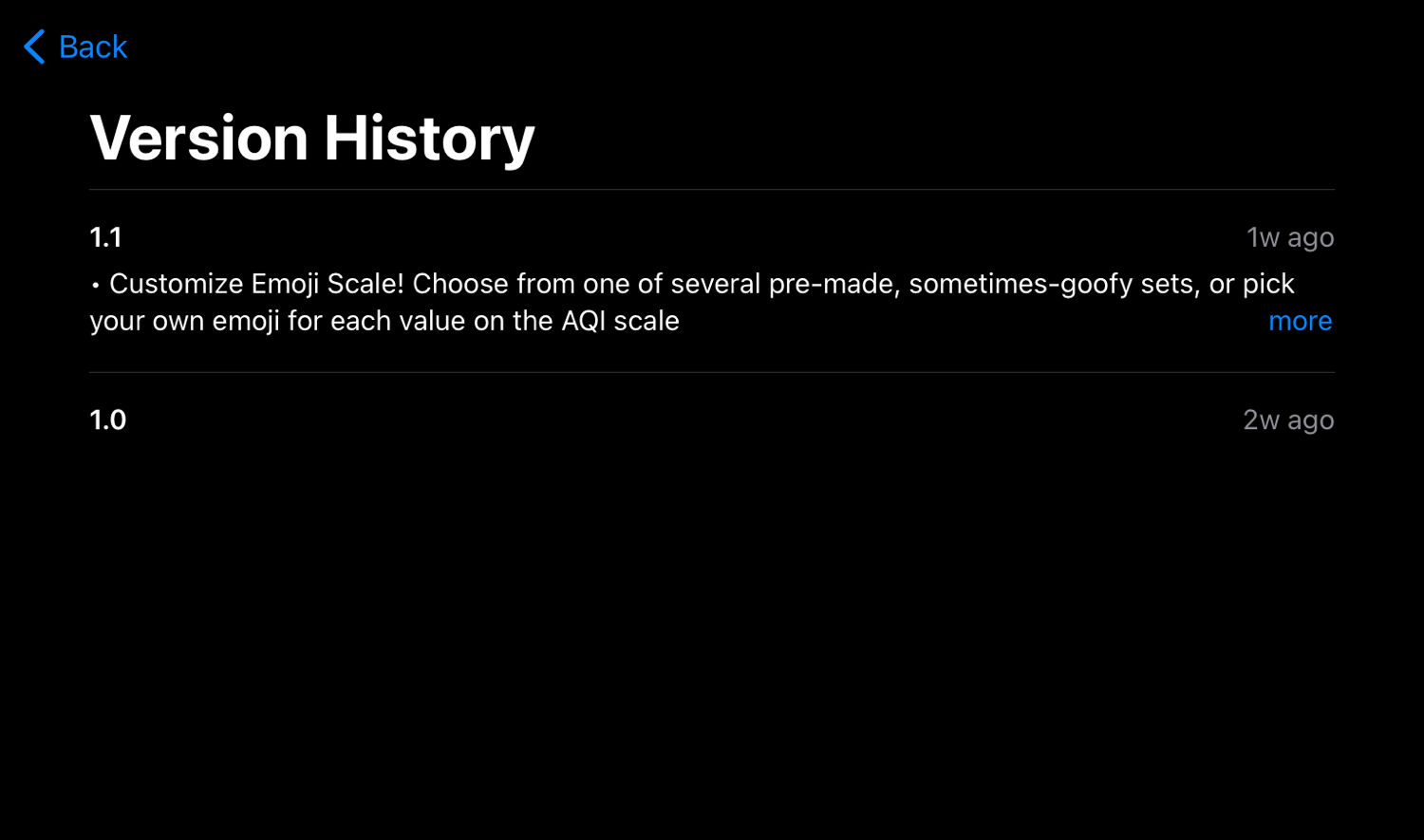 Something’s not lining up here. ⌘

Nope. Just a couple weeks old. The only explanations that I can guess at is either the Xcode project is just that old and that’s where the metadata is sourced from, or the app’s developer account age somehow plays into the calculation. But I couldn’t tell you, and that bothers me.

If I can’t use the app age metadata to accurately judge an app’s longevity, why does it deserve such prominent placement?

UPDATE: Turns out, the answer is simple, and I’ve been too obtuse to notice. Joe McLaughlin schooled me on Twitter:

Isn’t that the Age Rating for that app?

Yup. It totally is the age rating. A tap on the label (which I swear I’ve tried before) brings you down to more information which even includes a helpful “Learn More” link to read about the age rating groups. Mystery solved. 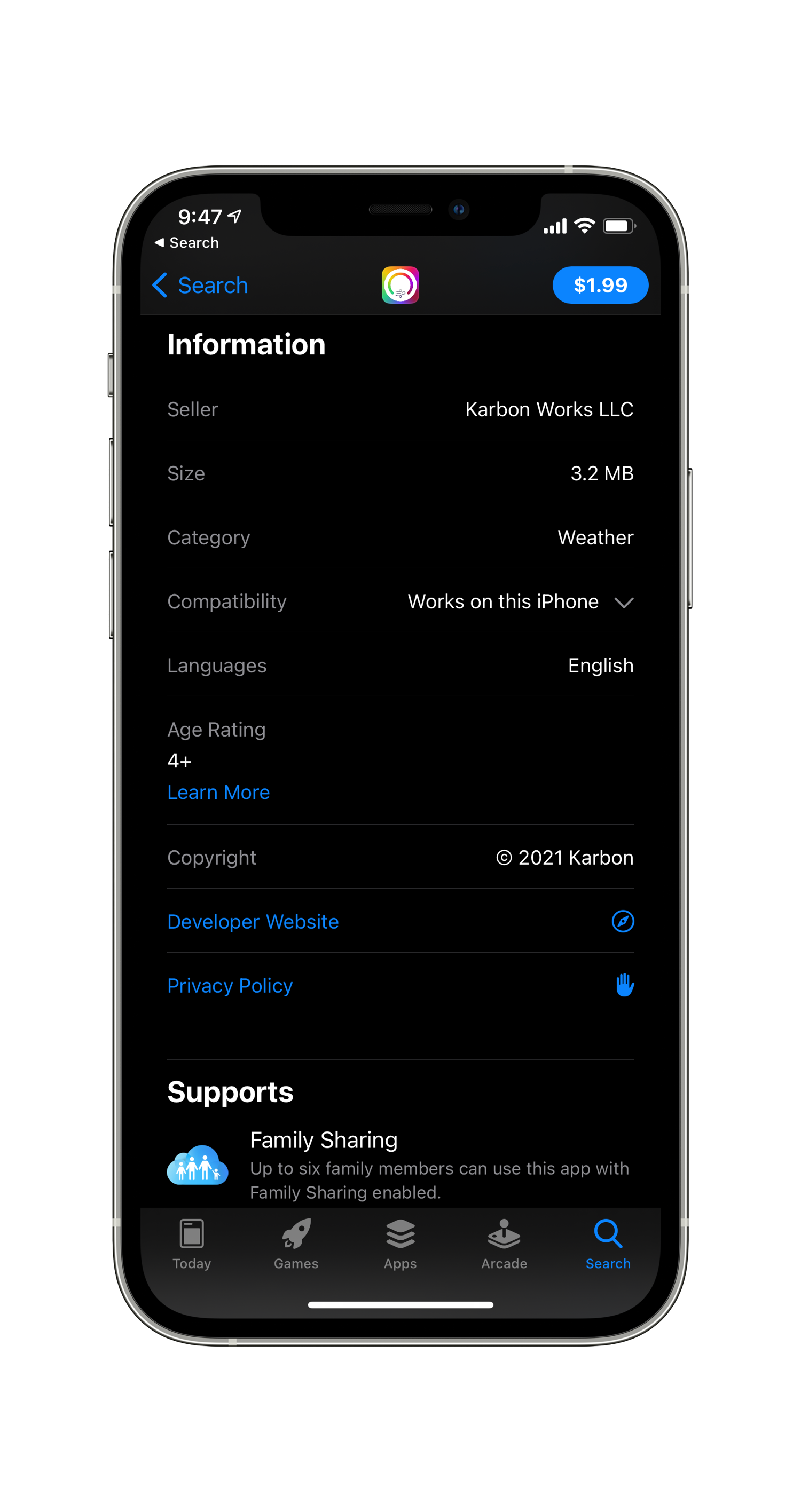 A tap was all it took. ⌘