My “Aha!” Moment with Spatial Audio

I’ll be honest, when Apple flipped the switch to turn on Spatial Audio in Apple Music, I didn’t quite get it. 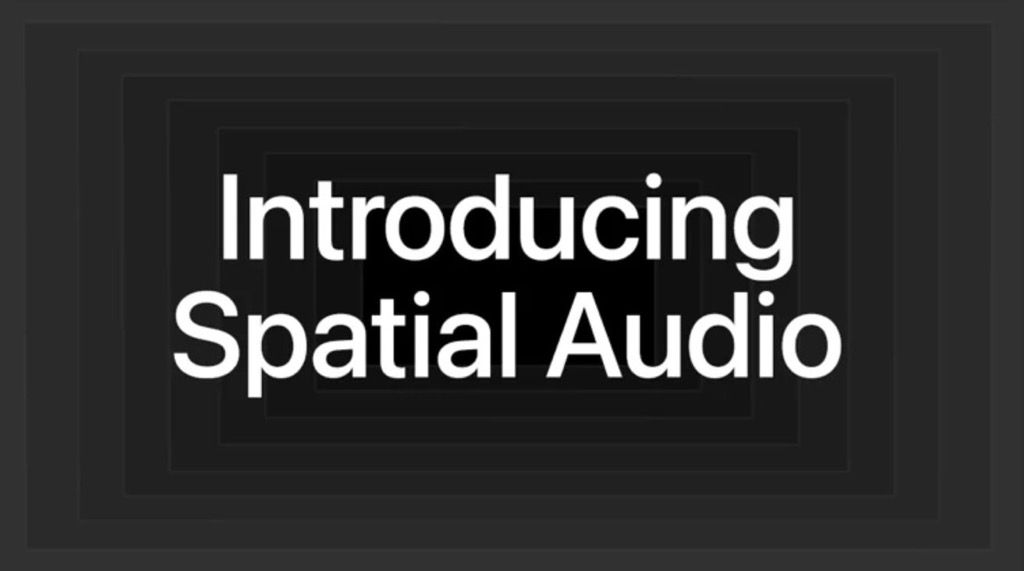 Spatial Audio is a new technology for music that expands from the two channels in stereo music to having the entire 3D space available to surround the listener with sound. Apple’s implementation uses Dolby Atmos as the format to deliver Spatial Audio.

The promise for “the future of music” (News link without a paywall) had me as eager as Christmas morning, and I couldn’t wait to try it out. So when reports came in that first tracks were appearing in Apple Music on Monday afternoon, I grabbed my favorite headphones, made sure the Dolby Atmos settings were enabled, and threw on a familiar album to try it out. For me, it was Taylor Swift’s excellent folklore. And while the music sounded good, it wasn’t earth-shattering as Apple’s marketing had led me to believe.

That was until I tried it with the “Jazz in Spatial Audio” playlist. Then the barrier was shattered, and I “got” it. With those songs (here’s the track that did it for me), it sounds like you’re standing within the band as they play around you. The separation between instruments is astounding.

The difference with the jazz, I think, was that I could better isolate the individual instruments and tell how they were positioned in the virtual space of surround sound. It also helped when I realized I could check the difference between spatial and stereo audio by turning Dolby Atmos off and on while a song was playing. When switching to stereo, every sound comes across as crushed together and in competition for attention. After that, I went back to lyrical tracks and compared them with Spatial Audio on and off — the difference is stark, and I much prefer the songs with it enabled.

A friend and I spent several hours last night swapping songs back and forth and gushing over how great they sounded.1 It’s been a ton of fun to rediscover old favorites on this new sound stage. Soundtrack scores sound like you’re within a personal movie theater with the orchestra coming at you from all sides. Singer/Songwriter tracks sound intimate as if the artist is singing just for you. Pop is wide and punchy. Everything has space and depth that makes each sound like a live performance.

I’ll echo what others are saying, that the quality of the spatial effect varies from track to track. Most that I’ve tried do sound incredible, while others are a little off. For example, in “Stacy’s Mom” by Fountains of Wayne, the instruments were too quiet in the background behind the vocals. When switching from stereo, I felt like I was straining to hear those bits of the song. I imagine that, like with anything new in the toolbox, artists and their producers will figure how best to use it. I’m eager to hear how it will impact artists’ creative process as they craft new music with Spatial Audio in mind — if it gets widespread adoption.

Suppose you don’t hear the difference at first when trying Spatial Audio, as I didn’t. In that case, I recommend turning it off and on while tracks are playing from within the Settings app (or touch and hold on the volume slider in Control Center when using AirPods Pro or AirPods Max). By doing that, you should be able to tell if you like it much more effectively than when listening in a vacuum.

So here’s to the future of music. Besides the Spatial Audio playlists curated in Apple Music (definitely try the Jazz in Spatial Audio one), below is a list with a few albums and playlists that I recommend trying out: