WWDC 2021: Some Initial Thoughts on a Jam-Packed First Day 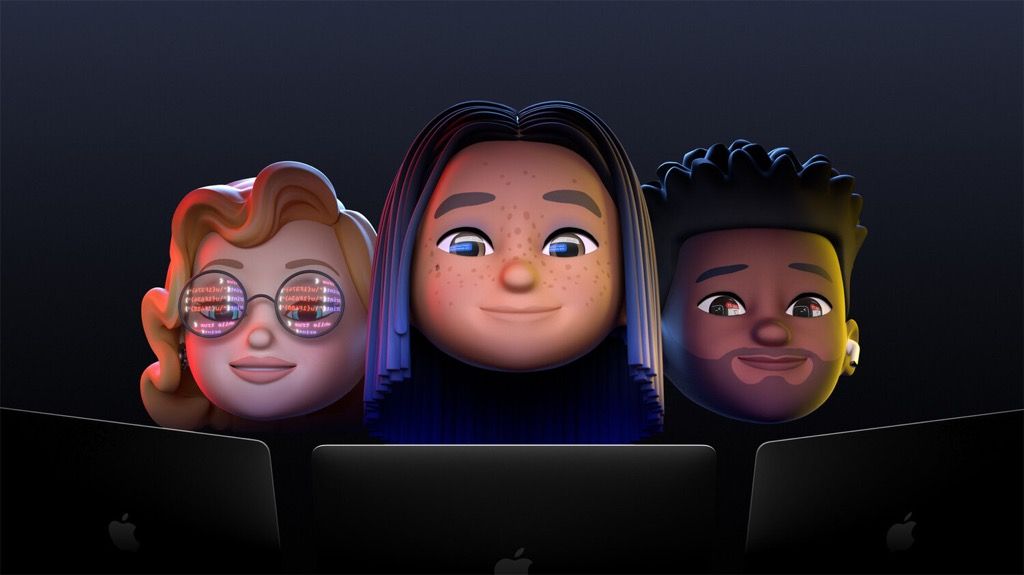 If I had to sum up the announcements that Apple made today about the next major versions of their operating systems, I’d say that seems like a quality of life year for both users and developers. And, honestly, I feel great about that! Apple picked a lot of low-hanging fruit this year, and sometimes that’s the sweetest. I like to think of the minor improvements as healing many of the paper cuts we’ve felt throughout the years.

Apple picked the right targets, too. Improvements to FaceTime and Messages will help millions of people who use them every day. Live Text and Visual Look Up may be old hat to those who have tried Google Lens before but will be jaw-dropping to those who haven’t. New Health features are always welcome, and I enjoy seeing Apple acknowledge with features like Health Sharing and Apple ID Legacy Contacts that users don’t live silos. Quick Notes aren’t flashy, but they’ll be powerful and helpful for everyone who discovers them.

That’s not to say that there weren’t revolutionary introductions today. Universal Control blows my mind and has the potential to change the way I work between devices. Shortcuts on Mac will allow many of us to use automation to make out computers work even better for us without recreating workflows or switching devices. And app development on the iPad takes a huge step forward today.

Leading up to WWDC each year, features are a bit like Schrödinger’s cat — they can exist in hopes, dreams, and concepts, but we don’t know if they’re real until Apple pulls back the curtain. So despite some contention between Apple and their developer community, the anticipation for this WWDC felt particularly amped. From my perspective, Apple delivered. If the features showed off in the Keynote and State of the Union weren’t enough, digging through all the features on the marketing webpages and staying glued to Twitter1 have revealed so much that I can’t wait to try out. Well done, Apple engineers, designers, and everyone who made these releases possible.

I’ll leave you with hot takes on the features that caught my attention today:

FaceTime - FaceTime links are a year late but will still be useful. I trust FaceTime more than Zoom and with SharePlay (what a great name!) I think it’ll have most of the features I actually use. I’m glad they’ve given us a grid view for everyone more comfortable with that than floating attendees. And it only took 11 years for Steve Jobs’ claim that FaceTime would be open source and available to third parties to come to fruition.

SharePlay - I know that my primary use case for this feature will be tech support for friends and family, but I’m still excited about it. Rather than hoping for each app to develop its own shared experiences, they’ll be able to tap into SharePlay, which will hopefully mean it’ll appear in more places even faster.

Maps - I gasped when they showed off the enhanced map view. It’s so beautiful! I’m sure it’ll take years for that view to come to the cities that I live in, but I can’t wait!

Siri - While not the 2.0 revision Siri could use, on-device command recognition will go a long way in improving everyone’s day-to-day experience with it. Not to mention it also eliminates a huge portion of privacy concern. It took too long to return (remember when Siri could do basic commands like play and pause without an internet connection?). Still, I’m so glad that it has. Also, Siri on third-party devices! Who would have guessed?!

iCloud+ - I’m a guy who likes cohesion, so I’m happy to see Apple sync things up with iCloud’s naming. There’s now iCloud (the free version) and iCloud+ (the paid version), which adds interesting and valuable tools like email hiding, and a don’t-call-it-a-VPN.

Weather - The Dark Sky acquisition looks like it has paid off. I don’t need a ton out of a weather app, and Dark Sky was already my go-to. It looks like I’ll be able to get rid of a few extra apps now that weather maps and more alerts have been baked into the system app. Too bad it didn’t make the jump to iPad.

Health - I’ll have to dig more into this since the presentation kind of went over my head. But I’m happy to see the health sharing, and any improvements they make in this space are great to see!

Focus & Do Not Disturb - We’ll see how they turn out in practice, but these are kind of sleeper features for me. They’ll probably be great so long as they don’t require too much fiddling from the user.

watchOS - There wasn’t a whole lot here that caught my eye. Improvements to messaging and music will be nice, of course, but the focus on Photos feels like a miss. Maybe I’m not the target audience, but I don’t find myself browsing my photos on my watch, like, ever. I am, however, interested to see how the always-on display enhancements pan out. It sounds like third parties will also be able to integrate it, which will be a nice upgrade for my Series 5 watch. Right now, the always-on display is frustrating in anything but the main watch face and workouts, to be honest.

iPadOS - We were hoping for a whizzbang overhaul for iPad that didn’t quite materialize, but we got enough to satiate some appetites!

macOS - macOS 12 Monterey looks gorgeous with its new purple wallpaper. It gains most of the features already covered above, but there are still a few breadwinners.

tvOS - Again not much to see here besides integrating with features introduced on other platforms (Spatial Audio, SharePlay, etc.). I, at least, expected a rebranding of tvOS into homeOS considering all the integration it does with HomePods and being a Home hub. There was even an entire home section of the keynote, but nary a mention of the OS that powers the home. I wasn’t even sure it got a version change at first.

Despite the consumer-heavy keynote, this is a developer conference, after all. I had hoped that Apple would take this as an opportunity to address some of the criticism and bad blood between them and their developer community. It was probably too much to hope for, and I didn’t see a lot in the way of appeasing concerns like in-app purchases, payment commissions, or illogical app store guidelines.

Developers did get a new mechanism for reporting other apps that appear to break guidelines — looking at you, scam apps. But it is Apple’s job as the store curator to address those apps. So perhaps the reporting will result in meaningful change, but it shouldn’t be on developers to police each other. We’ll see.

On a more positive note, it looks to my untrained eye that developers got many APIs they’ve been hoping for, async and modal sheets as a couple of examples. I may not exactly know what those are, but developers in my timeline seem to be overall happy with their new tools. We didn’t get any significant shifts in the overall ecosystem — like with the new widgets last year — and I saw a few developers relieved that they can take more time for spit and polish than having to dive into something brand-new again.

Here are a few developer-focused announcements that stood out to me:

Xcode Cloud - I’m no developer (maybe someday!), but Xcode Cloud sure seems like it will be a boon for development teams. And if the apps are being built on Apple’s servers, it sounds like you’ll be able to develop even bigger apps on even less powerful local devices.

Building Apps on the iPad - While not the full Xcode that many were hoping for, by building app development into Swift Playgrounds Apple allows the iPad to take a big step. You can now develop apps for the platform on the platform itself! That you can upload apps directly to App Store Connect is excellent, and I think it will enable a wave of new developers who learn through Playgrounds.

Unified Graphics Platform - It sure seems like with Metal and the powerful chips that Apple is shipping in its mobile devices that games could make a splash. But I’m not holding my breath.

Interruption Level APIs - If developers implement these APIs for their notifications, it could make a big difference to cut down on noise. But that’s a big if. It seems unlikely that the biggest interruption offenders would feel any incentive to make their notifications less in your face. If users can change the priority level themselves, that will help but means more fiddling for the user.

Smarter Widgets - The Smart Stack of widgets introduced last year was cool, but I always found it disappointing since it would only contain apps when you placed the stack unless you manually added one later. Now it appears that apps using the Intents framework will automatically be added to a stack, based on how the user tends to use their apps. Neat!

Group Activities through SharePlay - I think Apple just recreated real-time Google Docs but for basically any app. Hopefully, it’s available outside of a FaceTime call. They’ve had a real-time collaboration for a while, but it’s never held a candle to what Google pulls off. We’ll see how this performs and the implementation. But it was a neat demo to share a canvas-like interface with others on a call.

It’s been eight hours since the keynote kicked off, and I’m still reeling from everything introduced. I look forward to digging into sessions throughout the week and lapping up all the discoveries that brave souls on the developer betas find. Again, congrats and thank you to all the folks at Apple who poured themselves into these releases.